The Story of Hanukkah

A long, long time ago in the land of Israel, the most special place for the Jewish people was the Temple (synagogue) in Jerusalem. The Temple contained many beautiful objects, including a tall, golden menorah. Unlike menorahs of today, this one had seven (rather than nine) branches. Instead of being lit by candles or light bulbs, this menorah burned oil. Every evening, oil would be poured into the cups that sat on top of the menorah. The Temple would be filled with shimmering light.

At the time of the Hanukkah story, a mean king named Antiochus ruled over the land of Israel. “I don’t like these Jewish people,” declared Antiochus. “They are so different from me. I don’t celebrate Shabbat or read from the Torah, so why should they?”  Antiochus made many new, cruel rules. “No more celebrating Shabbat! No more going to the Temple, and no more Torah!” shouted Antiochus. He told his guards to go into the Temple and make a mess. They brought mud, stones, and garbage into the Temple. They broke furniture and knocked things down; they smashed the jars of oil that were used to light the menorah.

Antiochus and his soldiers made the Jews feel sad and angry. A Jewish man named Judah Maccabee said, “We must stop Antiochus! We must think of ways to make him leave the land of Israel.” At first, Judah’s followers, called the Maccabees, were afraid.  “Judah,” they said, “Antiochus has so many soldiers. His soldiers carry such big weapons and he uses huge elephants to fight his battles! How can we Jews, who don’t have weapons, fight against him?” Judah said, “If we think very hard and plan very carefully, we will be able to defeat him.” It took a long time, but at last the Maccabees chased Antiochus and his men out of Israel.

As soon as Antiochus and his soldiers were gone, the Jewish people ran to Jerusalem to clean their Temple. What a mess! The beautiful menorah was gone, and the floor was covered with trash, broken furniture, and pieces from the shattered jars of oil. The Maccabees built a new menorah. At first they worried that they would not be able to light their new menorah, but they searched and searched, until at last they found one tiny jar of oil – enough to light the menorah for just one evening. The Maccabees knew that it would be at least eight days before they could get more oil, but they lit the menorah anyway. To their surprise, this little jar of oil burned for eight days. The Jewish people could not believe their good fortune. First, their small army had chased away Antiochus’ large army, and now the tiny jar of oil had lasted for eight whole days! 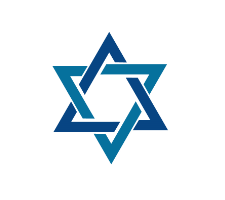 The Jewish people prayed and thanked God for these miracles. Every year during Hanukkah, Jews light menorahs for eight days to remember the miracles that happened long ago.